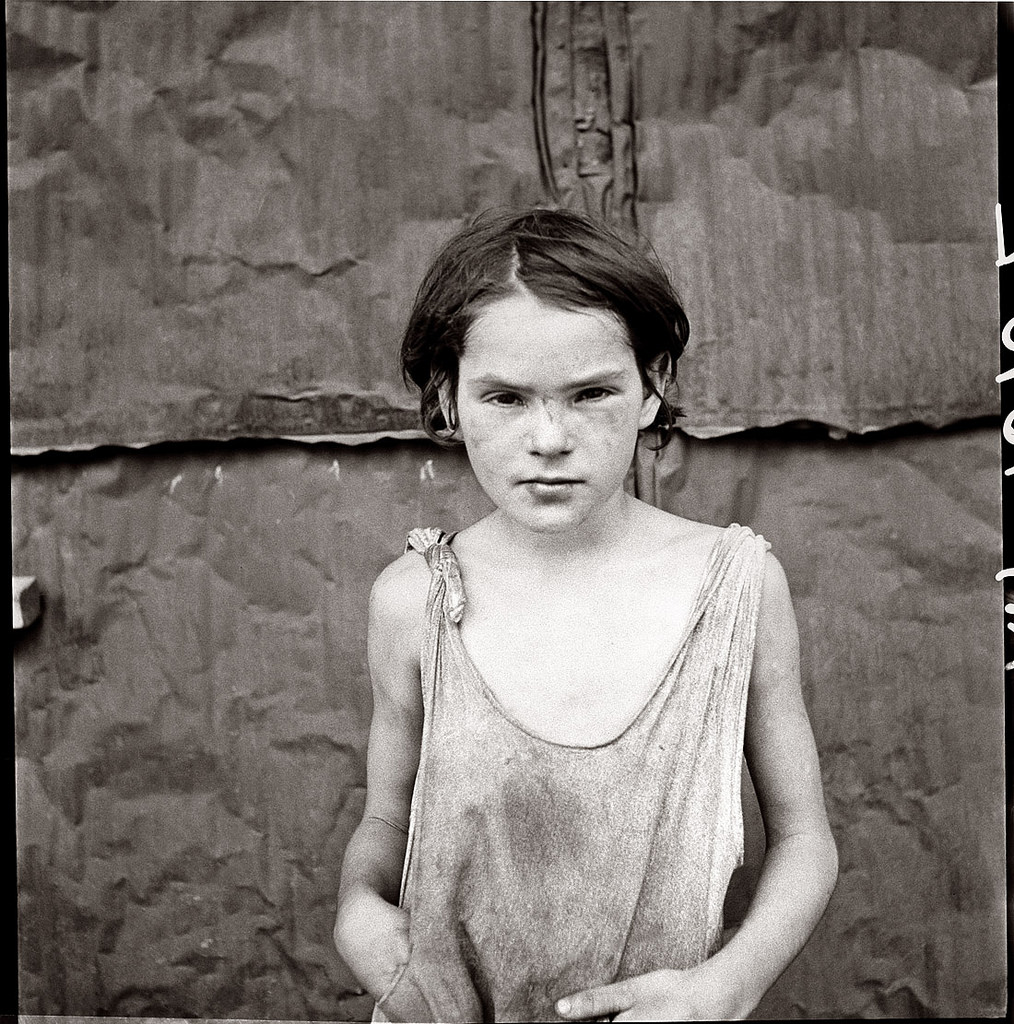 Today I decided to post an article I wrote last summer – before my re-awakening journey began. Most of it still stands to be true, and I am still finding myself. I’ve met quite a few people who confirm my theories on poverty, as they have been able to dig themselves out of it.

I met a guy that wanted a $1 million yacht and only had $50,000 cash. He then went to the casino and gambled until he could afford the boat. Now he’s no genius, he owns a lot of toys and properties and has a basic understanding of the Law of Attraction & the Law of Compensation. Once a person has obtained a substantial amount of money for adding immense value to the lives of others, it doesn’t seem very hard to stay wealthy. The problem is that in a Universe of duality & polarity, the only way to meet everyone’s needs is to shift the collective mindset. Have you ever known of someone who won the lottery or played professional sports and went broke a few years later? I’m sure we could all name a few. The collective mindset around money has not changed.

First, money is not a naturally occurring concept and should not exist. Money and trade were invented to create disparities in the distribution of resources. When you think about it, should we be required to pay for water? The Earth provides it for free, and the cost of cleaning it could come out of our taxes. The Ancient Egyptians invented free electricity and re-discovered by Nikola Telsa in the 19th century – so why do we still pay for it? I mean do we think the owners of McDonald’s eat McDonald’s? Or the owners of KMart wear KMart clothing and use KMart products? Is low-quality, factory mass-produced beef that most Americans eat helping us live longer, or is it making a profit for the insurance and healthcare industries? 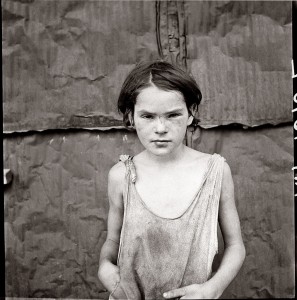 There is no such thing as “middle class.” The more we make, the more we spend – that’s how we’ve been taught. Without credit cards, layaway, or loans – the middle class wouldn’t exist. My mom got her master’s degree, but my dad only has a GED. They had two kids and brought in $100,000 a year jointly at the top of their careers. When I was applying for financial aid, Sallie Mae decided that my household averaged one bachelor’s degree per adult and $20,000 of discretionary income per child per year. I had trouble funding my college education because my parents were “too wealthy” to get assistance. My “broke” friends received much lower interest rates and qualified for more grants. I was forced to take the highest interest loan option. I stupidly followed through with my degree program, knowing I would only make $30,000 a year after I graduated. I knew this wasn’t my parent’s fault; they were victims of the same tyrannical system. Did you know the only debt that they don’t forgive in bankruptcy is student loan debt?

In the book “How Rich People Think” Steve Siebold states that “average people believe the road to riches is through formal education, while rich people feel the path is revelaed by acquiring specific knowledge.” Most of my elders have degrees, but there aren’t any entrepreneurs in my family. There are no business owners, no independent contractors, and no artists. Everyone is deep in the system, working day in and day out for an hourly wage. They’ve been educated through a manipulated lens, and teach the younger generations to follow suit. On my mom’s side, all my uncles and aunts have their Masters +30 or +40; some even have Ph.D.’s. However, they don’t have a Ph.D. in medicine or a mathematic or scientific field. They’re proponents of the education system because my grandmother was valued prestige and earning credentials. My mom’s siblings also couldn’t survive without societal structures like healthcare, hourly wage systems, have relatively unsuccessful kids, and are the most socially awkward people I know, individually and collectively. Through my experience, it doesn’t seem like graduating college is the end all.

However, dropouts like Bill Gates (Microsoft), Tai Lopez (Investor), Mark Zuckerberg (Facebook), Jack Dorsey (Twitter), and Steve Jobs (Apple) seem to have done well for themselves. In a world where several college dropouts are worth billions, college is clearly not the route to wealth, but rather a loose correlation. There are more unsuccessful people that have graduated college. I wonder if a college graduate has ever used their degree to work for a salary, and become a billionaire?

The other day, my cousin realized he’d never be able to own a Ferrari if he continued following his degree path of working in corporate. He’d never be able to travel the world because he only gets two weeks vacation per year. If someone like my cousin works overtime, and doesn’t take a day off for years, shmoozes, and prioritizes his work over family, religion, health, or anything else, he climbs the corporate ladder, and eventually MIGHT reach 3rd or 4th in command for the company. It’s unlikely he’ll reach the top because he doesn’t have any family or wealthy mentors to vouch for him at the top. But that is extremely unlikely because who is that committed to their job? Most likely he’ll get up to about $150,000 around the time he retires and then uses his 401k to take a few resort-style vacations & live out his last ten years. 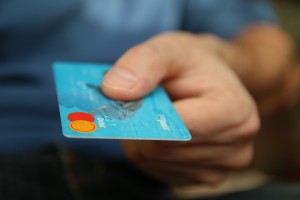 This education and corporate 9 to 5 system just seems like a distraction to me. Most of the people who are so passionate about the system, earning degrees, having a secure job, aren’t benefitting on the back end. If a job is willing to pay you $60,000 a year straight out of college, how much do you think your efforts are worth? They’re paying to train you, provide a clean work environment, staff the facility, and lease the building

As they say, the best way to hide things is in plain sight. I’m sure earning credit, paying taxes, voting, watching reality television, eating GMO foods, and buying into dramatic storytelling from trusted news sources about issues that are irrelevant uses up all of our daily will power and energy. Just take a small-minded, religious person, that’s close to their unpowerful family, and values abiding by the law – then distract them with a system of hoops to jump through and unnecessary restrictions. Make sure they’re raised to fear the loss of job security. Feed their subconscious with all kinds of advertisements, propaganda, racially divisive media, and bad news about other countries. Add in the pressures of poverty, with culture-created stress, blind faith, and you’ve got modern day oppression. I bet you can get someone to give up their autonomy when they’re scared. They’ll live a life of ups and downs, without adding much value to the world, and then die leaving behind debt, and confused relatives. Their offspring and future generations will go through the same struggle, and the majority will suffer while the wealthy elite prevails. Business as usual.

In the book, Siebold also gives some other examples of how poverty is like a disease of the mind. For example, the self-talk of average people goes something like “I’m not enough,”I’m not good enough,” or “I can’t afford it.” A rich person’s self-talk goes “I am enough,”I’m good enough,”What shift do I need to make to be able to afford this?” I’ve heard my relatives talk about what they don’t have, what they don’t want, and who they don’t like my entire life. It would be abnormal to spend time around people that talk about what they’re in the process of creating, or what adjustments they’re making to achieve something greater.

To put it simply, poor people are outwardly humble and inwardly prideful, while rich people are outwardly prideful and inwardly humble. A broke person might sacrifice for their kids, eat ramen noodles for dinner, tithe their last $10 in church, and shop on clearance. A wealthy person might drive a Mercedes, eat lunch at a sushi bistro, and only buy designer brands. None of that has anything to do with humility or lack thereof.

A rich person has a flexible mindset and focuses more on innovation and creativity. They have found a way to attain enough resources to take care of themselves and their families so that they can spend more time and energy adding value to the world. A disadvantaged person has to spend all of their energy trying to survive by whatever means necessary, and as a result, adds little value. They can barely take care of themselves, so by having 3 or 4 children and divorcing their spouse, they’re using up resources they’re not replenishing, and making the world worse off.

That same rich person may own a business that employs 100 people, raise two children that become doctors, and spend more money on philanthropy each year than the poor person makes before taxes. The broke person may have four kids, live off of food stamps & child support, and drive a newish Mercedes, but they’re behind on the note. They will die in debt & leave nothing for their children. The rich person will pass down stock in multi-million-dollar companies and three homes. 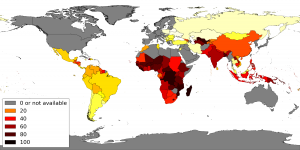 I know that was brutal, but this is a big problem in our society. The poor are blind, culturally divided, and exploited. We all know many people like the empoverished in the example, but not a single multi-millionaire. It’s embarrassing to come from poverty, and we all want to think that the efforts we’ve made throughout our lives amount to something. But if the people that guide you, the church you go to, the activities you try, and your entire subconscious program comes from poverty, how can you expect that to result in wealth without a major demolition?

I once read that it’s harder for a celebrity to become irrelevant than it is for them to get famous in the first place. And the bible says “it is easier for a camel to go through the eye of a needle than for someone who is rich to enter the kingdom of God.” You see how the game works? The system is structured this way. I realize that my parents and teachers probably didn’t know what they were doing. They meant well, but now I’ve got to undo what they did and build a better foundation.

At the end of the day, poverty is a mindset. It has to be held up, reinforced, and maintained. It’s a result of environmental stimuli and perceptions of past experiences. It’s a mindset that came from generations of holding certain beliefs. Plant the seed, and it just needs fertile soil, water, and sunlight to continue to grow. Success can’t be measured based on how much money someone makes, or whether they went to college. But by how happy they are, and their quality of life. Poverty and wealth are results of where people spend their energy. To break the cycle, we have to get to destroy it at the root and begin thinking for ourselves. We have to tear down every belief and learn to discern between good and bad information. The process is painful, but I know it will be rewarding in the end.

3 thoughts on “Poverty is a Mindset”