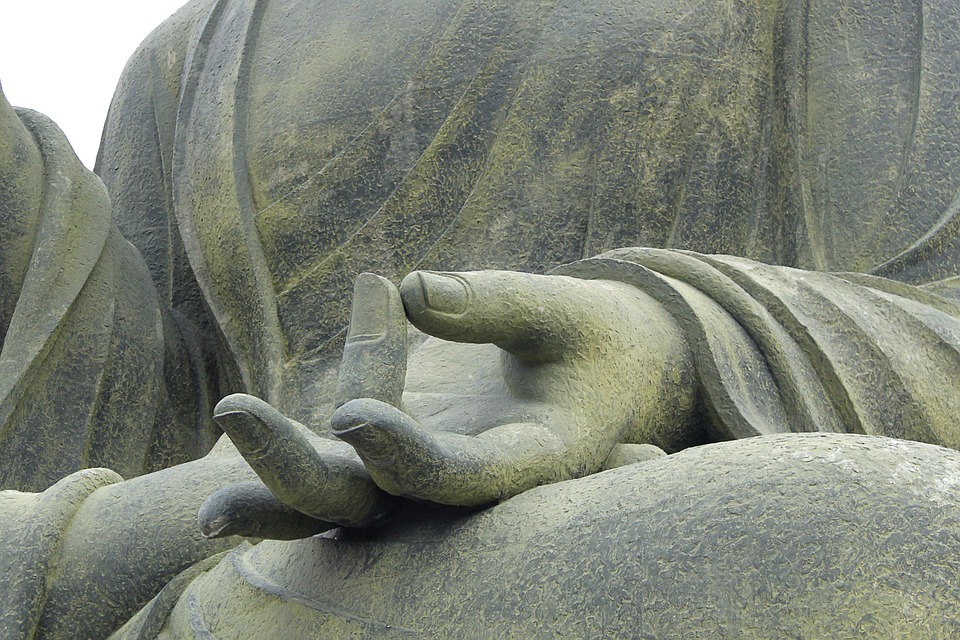 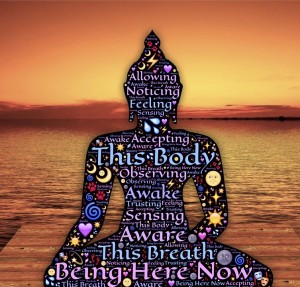 In September 2016, I spontaneously decided to attend a Vipassana meditation retreat in the midst of some personal, spiritual, and professional turmoil. I was under the most stress and pressure I’d ever experienced and had been for the last 6-8 months. My agent dropped my contract the day before I left, and I had just come to the realization that dreams don’t exist. We moved out to LA and sacrificed everything (savings, marriage, time, etc.) to follow a “dream” I had since I was a child. However, when we begin to live more consciously, everything seems to be directly linked to liberation and freedom. We live in a slave system, and it isn’t natural to work 40 hours a week to earn hourly wages to pay for necessities the Earth has provided. Money began to seem like a huge burden because I was going to have to earn it by either being exploited or exploiting others. I hadn’t had health care in 2 years and was ready to fully unplug, with hopes of finding a solution for the deep hole I had dug myself into. There are far too few wise elders in my life, as most have been brainwashed by this Matrix we live in. So I quit life for ten days.

I was inclined to try this technique because the Buddha’s teaching is not religious. According to him, you have to work out your salvation; he can only show you the path. I am not religious and am very skeptical of any sectarian philosophy, but Vipassana technique is for anyone, anywhere, of any religious background. I also liked that it was completely free, they don’t accept money from wealthy benefactors, and are anti-capitalism. The staff/teachers are volunteers, and the students can attend as many retreats as they want which are entirely funded by past students. Once you become a past student they invite you to donate by setting up a discrete table in the corner of the dining hall on the last day – no buckets are passed around, and there are no promises of salvation after you die.

During the course, we followed a rigorous schedule for ten days, waking up at 4 am and meditating for 6-10 hours a day. Men and women were segregated. The management, kitchen staff, teachers, and coordinators were all volunteers, but they took their jobs very seriously. If you were five minutes late to the group meditation sessions, the management would come knocking on your door. At the same time, I felt the desire to abide by their strict rules because I felt very lucky to have the opportunity. The time and money of others, strangers at that, was paying for my liberation – with no strings attached. Everyone was incredibly kind, patient, and understanding, so I felt obliged to follow the rules and adhere to the course guidelines as closely as possible. We observed “noble silence” which kept us from making as much as eye contact with fellow students and watched nightly lectures by the founder of the Vipassana centers, G.N. Goenka.

Before the course began we had to agree to follow five precepts:
No killing
No lying
No stealing
No sexual intercourse
No intoxicants

Sounds easy, right? I spent eight days following the precepts perfectly. I didn’t have any sexual thoughts, didn’t steal anyone’s ponytail holders, and even rescued a frantic ant from the cafeteria. That was until the ninth day rolled around, and I killed a gnat without thinking. We also weren’t allowed to read, write, sing, exercise, eat snacks or outside food, use scented lotions or hair products, wear tight fitting clothes, and we couldn’t communicate with other students, members of the opposite sex, or outside friends/family.

The campus I attended was the center in Twentynine Palms, CA, about three hours outs 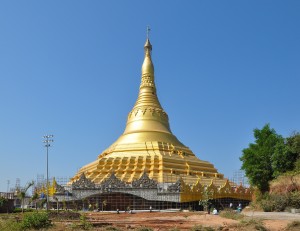 ide of Los Angeles. It was close to a major road, but far from the hustle and bustle of the city. The climate was hot & dry, but the facility had everything you needed: vipassana, California style. The dorms had air conditioning, heat, the food was high quality and DELICIOUS, the restrooms were immaculate, and I felt protected from any source of danger. They provided extra lotion, tissues, tampons, cough drops, and pretty much anything else you may need. I think the most incredible part of the campus was watching the sunrise and set, and star-gazing at nighttime.

A very cool part of taking Vipassana, California style, was that nobody judges or defiles anyone else’s spiritual beliefs. In my home state of Missouri, if you’re not a Christian, it’d be a mistake to attend a Christian church to observe their beliefs. If people know you’re not a member, they’ll stare, say nasty things, and may even get you kicked out. There were students from Buddhist, Christian, and Muslim backgrounds, Indigos, Starseeds, Monks, Wiccans, and Atheists. And it made no difference. After we had broken silence, I talked about cannabis, DMT, & psychedelics with one group and Jesus with another.

Throughout the Vipassana meditation retreat, there were very few distractions. Without highways, loud generators, multi-story buildings, Facebook, Instagram, wifi, chemical food, fluoridated water, music, weed, alcohol, noisy neighbors, crystals, books, nobody to laugh with, work, pets, or bills, I got to chill with my thoughts. I didn’t realize how sabotaging “real life” was until I struggled to readjust after the course ended. The transformation you can go through in ten days is mind blowing, especially without major distractions. 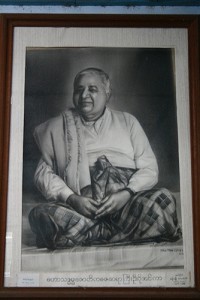 Attachment breeds misery. Because of ignorance, we react to sensations and our unconscious thoughts. This generates either cravings and aversions. These cravings manifest as an attachment to a particular material thing, outcome, or experience. Fully understanding a sensation, as it is and not as you want it to be, puts an end to craving and aversion. We observed the arising and passing away of sensation, the relishing of them, the danger, and their fading away at an experiential level.

I learned that the immediate cause of suffering and desire is not outside but in my mind. Suffering, at the root, is a substanceless sensation. I only respond based on past experiences, emotions, beliefs, and programs. Vipassana technique is about learning to deal with the inner reality of a sensation. The wisdom of impermanence must be understood and experienced to liberate ourselves from misery. Equanimity between good and bad sensations is the key.

There are four stages in the habit pattern of the mind: cognizing, recognizing, feeling, and reacting. An example, you observe the sensation of a mosquito biting you (cognizing), you realize mosquitos have bitten you before (recognizing), so you begin to feel annoyed and angry (feeling), and you react by smacking your arm, and killing the mosquito before it can fly away (reacting).

The mind is always reacting to unconscious sensations on the body: pleasant, unpleasant, and neutral. The habit pattern of the mind is to react rather than observe. Vipassana technique teaches us to quiet the mind to see even the subtlest sensation. You change the habit pattern by realizing the entire physical structure of the mind & body is constantly evolving. Life itself is a process of growing, dying, arising & passing away. There’s no meaning or purpose in generating aversion toward something you don’t prefer because misery is inevitable, but it is also impermanent.

I was so excited to reunite with my family after such a transformational experience and can see things from a perspective I never had before. I lost 8 lbs at the retreat, proving a mental workout may be more intense than a physical workout. I also became adverse to eating some foods like chocolate and oil (I used to fry everything). My relationship is much more peaceful and tranquil. I don’t interrupt my husband by prioritizing my agenda/thoughts over his like I used to. 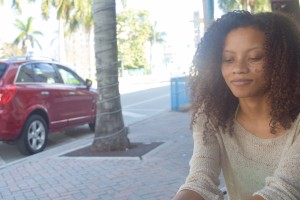 I have to admit I feel a little uneasy. The amount of distraction we deal with is insane. The societal obstruction of personal space is constant. I’ve heard about the effects of wifi, stress, and sitting at a desk all day. But it’s different when you step away long enough to experience them. Readjusting feels like getting into an ice bath after running a marathon. A necessary, but painful experience. It’s forcing me to put my newfound discipline and awareness to the test. But I learned to be equanimous and experienced how everything is always changing. Because of this newfound wisdom, I feel a sense of well-being.

Getting away from all the pollution and stress allowed my mind and body to heal. When I first moved to LA, I was overcome with blackheads and a lot of my hair fell out. An unexpected benefit of doing vipassana California style is that my skin has cleared up. I also made a conscious effort to feel gratitude during the rigorous retreat, and I’m glad now that it’s over. I would never insist on someone attending a Vipassana retreat. However, I am now an Evangelist. A desire for liberation has to be strong enough to will yourself to complete the course and follow the guidelines. I realize not everyone is ready for that. I’ll do it again – maybe even once a year.