Hey guys,
Back in 2014 I started a blog called The Imaginary Chef and wrote a component cookbook. Writing the book and starting the blog was really kind of random. It only makes a little ad money, but the benefit of creating it was so much greater than I could’ve ever imagined. I originally intended to create a stream of passive income that allowed me to be creative and survive the time living in my mother-in-law’s basement. I also was trying to rehabilitate my dad which required my schedule to be pretty open. Blogging just fit perfectly. 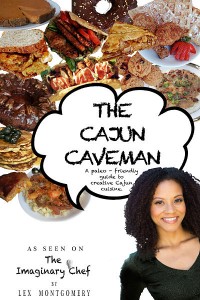 I had just gotten out of college and didn’t want to sell my soul to corporate America. I wasn’t sure what to do but I knew people made money blogging and wanted to find a way to express myself. I had just married my high school sweetheart and moved into his mom’s basement – it was a super low point for me because I was far from my love of performing and the arts – living basically as a housewife, caretaker of a lazy person, and living in a basement without windows. I remember wearing a bathrobe all day everyday, and binge watching Nikita!

The Imaginary Chef was a sort of a creative tantrum fueled by a combination of technological curiosity, boredom, spiritual/divine expression forcing its way out, and vanity. 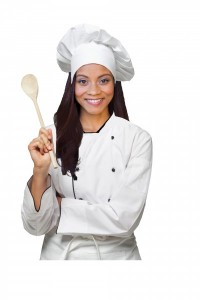 I say vanity because there was a part of me that was ok with my husband working in corporate while I made very little money and relaxed all day.

Most importantly though, I wanted to re-discover myself.

I came from a family that completely rejected our creole culture. Everyone desperately tried to fit in- whether through acquiring a bunch of useless degrees, awards, or unceremoniously shaming anyone that tried to reach in a different direction. My pride and self esteem had been buried under a lot of judgement, conformity, self-hate, regret, poverty, and spiritual suffocation/deprivation.

I remember my dad would numb his pain with addictions to prescriptions, alcohol, and negativity – and my mom numbed hers with food addiction. They both were so overly concerned with what others thought, they’d go as far as to betray me or my brother for social approval. I was never really good at accepting compliments because anytime someone would say “you’re so beautiful” or “you’re so talented” my mom would immediately reply “she gets it from her mama” or “she got it from the queen.” It sounds trivial, almost comical, however during that time it was extremely hard to maintain my ambition.

I started my first company at 12 years old and made several thousand dollars effortlessly, with a waiting list of clients to tend to. I had something substantial to support me and allow me to travel the world before high school. My mom created more pressure to pay for lessons and activities I was interested in, I bailed my dad out of jail, and loads of other events took place that play with a child’s psychology. I’ll never forget how my dad carelessly threw away about $800 in inventory I had spent countless hours making. It devastated me to the point where I quit. Not only did I throw my business away, but I quit resisting the urge to conform, to fit in, to make my family “proud.” I decided to pursue normalcy hardcore. 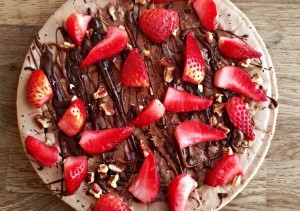 I dated the quarterback and got on the dance team. I attended a normal high school, and university where I tried partying, caddy drama, the whole 9. After I graduated I determined that attending college and pursuing normalcy was the worst decision I’d made in my entire life. All I really cared about was discovering  my purpose on Earth and doing something bigger than myself. I got really into classics like Napoleon Hill & Wallace D. Wattles, learning about the Laws of the Universe, travel, Bob Proctor, art, activism, and music. Luckily my high school sweetheart/quarterback was going through a similar journey of “waking up.” He’s been such an incredible support system in my journey.

One of my favorite quotes by Napoleon Hill reads “Any idea that is held in the mind, that is emphasized, that is either feared or revered, will begin at once to cloth itself in the most convenient and appropriate form available.”

It’s interesting to think back on how this sort of self discovery manifested. I look back at my dark days with so much love because I understand how wounded everyone was that contributed to my story – hence why I don’t have children yet! 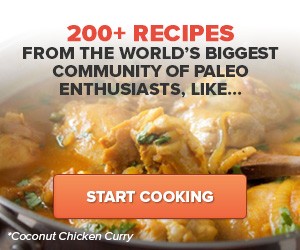 The Imaginary chef blog is a collection of recipes I meditated on, dreamt up, or discovered and modified with creative intuition. They’re mostly paleo recipes (get the book that inspired me Here). I fuse many cultures together and add elements that may inspire your creativity. I’m completely disgusted by conformity and in my world every inspiration is an opportunity to create something worth more than gold. There are no boundaries. I want to get back to our child-like imagination in every area of life. Most people are incarcerated in a mental prison where they’re DOING life, not LIVING it.

Though I don’t update often, you can check out my blog  here